Orlando Chamber Choir's autumn concert features a breath-taking blend of English choral works from turbulent late-Tudor times. The ascension of Anglican Queen Elizabeth I drove Catholicism underground, compelling the country’s prime composer, Thomas Tallis, to tactfully transcribe some of his music for compliance with protestant practice. He and his pupil William Byrd published stunning high-Anglican settings like Salvator mundi and O nata lux but continued to celebrate their own conviction in covert Catholic compositions. These latter works touched on themes of religious treason – like the warning against Anglican spies whispered in Vigilate and the insistence in Quis est homo that salvation is restricted to the religiously righteous.

Not only credence required careful weighing, words called for caution too. Controversially to some, Queen Elizabeth had Archbishop Parker translate the psalms into English, reverently tuned by Thomas Tallis and (much later) set with rowdy joy by Kerry Andrew. Even seemingly innocent secular poetry could be treacherously contentious. The madrigal collection “The Triumphs of Oriana”, in which the country’s most prominent composers celebrated Queen Elizabeth, is rumoured to have first been dedicated to Anne of Denmark, would-be Catholic Queen of England had the so-called Essex Rebellion succeeded. When we perform John Wilbye’s flattering The Lady Oriana and Thomas Weelkes’ joyful As Vesta was, you may wonder whom they really woo…

The concert’s glorious repertoire conveys a comforting message: in periods of religious unrest and political pandemonium, when language is contested and there's venom in mere verse, music resounds with even more depth and beauty.

Come and enjoy our tunes of Tudor tumult! 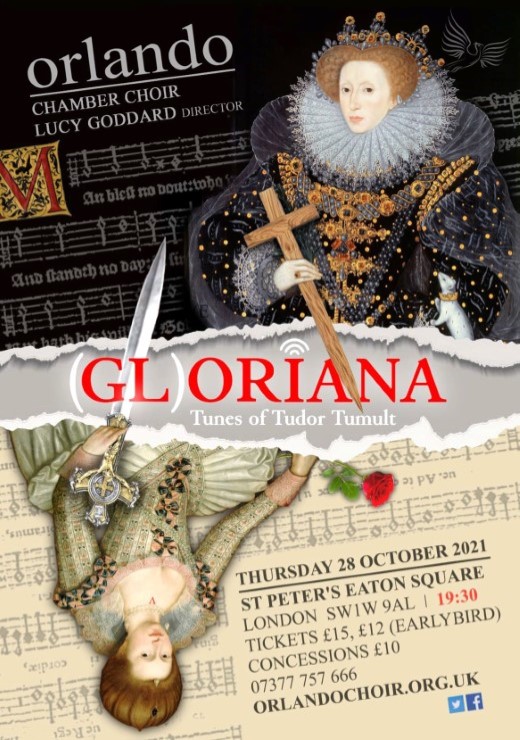