Lucy divides her time between singing, conducting and teaching.

As a mezzo-soprano she performs early music with groups such as the Academy of Ancient Music and Dunedin Consort, new and old music with EXAUDI, and 20th and 21st-century song with duo partner Siwan Rhys. On the operatic stage she has performed both well-known and newly-written operas, among which the roles of Hänsel, Meg Page (Falstaff), Annio (Tito), Dorabella (Così fan tutte), and Zerlina (Don Giovanni). With Siwan Rhys she completed a seven-concert tour of An American Songbook: a recital of avant-garde song and commissions by Christopher Mayo and Laura Bowler, having prepared and recorded the programme during a nine-day Snape Maltings residency. Recent singing engagements include performing one-per-part Italian madrigals at the Wigmore Hall with EXAUDI live on Radio 3, the première of James Weeks' Fantasie di strani e dolci misteri della parola (written especially for Lucy and violinist Sophie Appleton), the première of Errolyn Wallen’s opera Dido’s Ghost with Dunedin Consort, the première of GOLD, a new opera by Laura Bowler based on the tale of Rumpelstiltskin, Mozart's C Minor Mass at the St Endellion Easter Festival, and Berio's Sinfonia with Helsinki Philharmonic Orchestra and Susanna Mälkki.

In addition to her position as director of Orlando Chamber Choir, Lucy also conducts Concordium String Ensemble which consists of pro-am players keen to explore well- and lesser-known string repertoire. She also works as Assistant Conductor to Ben Parry at London Voices - London's foremost professional film choir - and has recently conducted film, pop and crossover sessions at Abbey Road and Angel Studios for companies such as Decca and Marvel. Other conducting engagements include conducting film sessions for The Green Knight at Air Studios, conducting the choir of St Margaret’s Westminster, Chorus Master for the SWAP’ra gala at Opera Holland Park, conducting the Blaze Ensemble in a performance of Wagner’s Siegfried Idyll, and conducting Haydn's Nelson Mass for St Endellion Easter Festival’s Come and Sing.

Lucy graduated with distinction for her Masters at the Royal Academy of Music in 2011. She previously read Languages at Cambridge University, where she held choral and instrumental scholarships, and studied violin at the Scuola di Musica di Fiesole, playing in the Orchestra Giovanile Italiana.

You can reach Lucy via Twitter at @Lucy_Goddard1 or read more about her on her own website at lucygoddard.com. 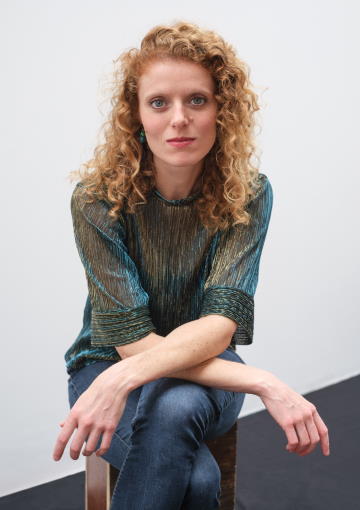