Orlando Chamber Choir is a small and friendly London chamber choir which performs regularly in Central London venues. Named after Orlando Gibbons (1583 – 1625), the choir specialises in Renaissance and baroque music without shying away from the occasional more modern work, including by contemporary composers. The group is directed by the brilliant professional mezzo-soprano Lucy Goddard, a vocal coach and conductor who knows precisely how to ply our voices into pleasing polyphony.

Orlando Chamber Choir has just under 40 members, all enthusiastic amateur musicians. Most have had singing lessons or vocal training and many perform with other choirs as well. By combining good sight-reading skills with keen note-learning at home we can focus on interpretation, blend and sound quality during rehearsals (and, in the interval, on coffee, tea and biscuits).

The choir organises four concerts in Central London each year. The most ambitious event is usually a large-scale performance with professional soloists and instrumentalists. Recent highlights include Buxtehude's Membra Jesu nostri, Bach's St John Passion and Handel's Messiah. Apart from these accompanied concerts Orlando Chamber Choir usually organises two smaller-scale a cappella performances in which choir members get the opportunity to sing in smaller ensembles or to take on a solo. Each singing year is rounded off with a traditional Christmas concert.

There is a summer break from mid-June until mid-September - but then we miss singing (and each other) so we plan a summer's day workshop in London, a choir weekend at the seaside or even the occasional tour with concerts abroad.

Orlando Chamber Choir is a registered charity (no. 1059881). It also has a flourishing side-line in fabulous cakes, consumed in the intervals of rehearsal days and concerts, and it is probably the only London chamber choir with a house gnome. 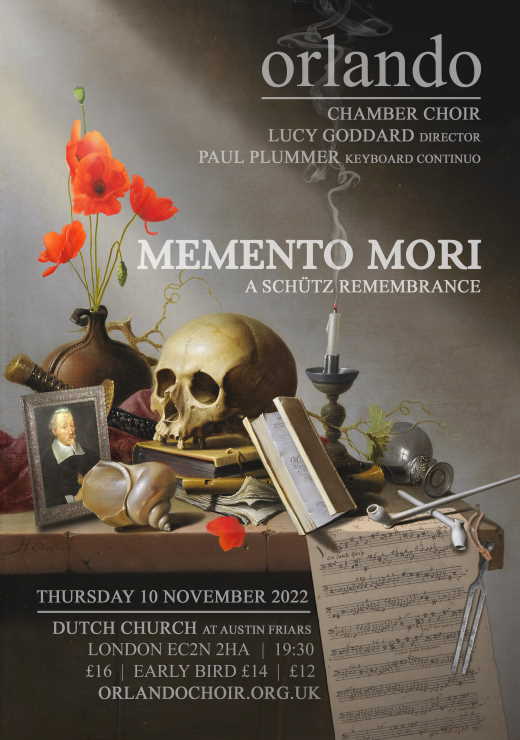 Treat your ear and hear us here with this small selection of live concert recordings.