If music were matter, each song, once sung, would softly settle in a sonorous layer of sound – and with the passing of time we’d build up a beautiful bedrock of music. Britain, with its longstanding choral tradition, would truly be an isle of song, the sediment of its constituent scores clear to be seen in the white cliffs of Dover…

…and it’s such a cross-section of compositions, representing half a millennium of music, which Orlando Chamber Choir unearths for its summer programme. Your ears will be drawn to the choral ore of two golden ages as we pick out some sparkling motets and part-songs of the late English Renaissance and explore the warmly-glowing wealth of works written in the first half of the 20th century.

Join us on a journey through time made song and let its melodies softly settle on your soul. 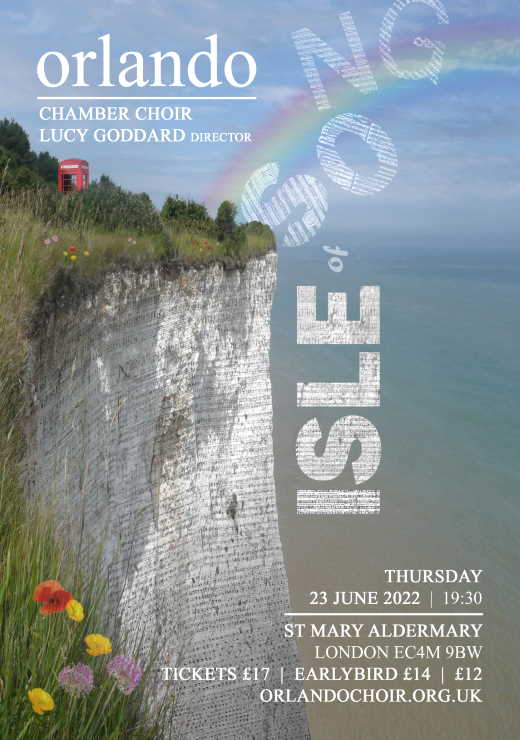