In 1707 both G.F. Handel and J.S. Bach were 22 years old and they were rapidly expanding their musical horizons. Handel travelled to Rome where his virtuoso keyboard performances attracted the attention of influential patrons. For Cardinal Colonna he produced two stunning large-scale masterpieces – the grandiose Dixit Dominus and the exquisite Nisi Dominus which was first performed in July 1707 under direction of Antonio Montanari. Montanari, violinist and leader of Handel’s orchestra in Rome, also wrote the Violin concerto which will serve as a virtuoso amuse-oreille. Bach’s travels were less distant – he moved within Germany – but his setting of Luther’s hymn Christ lag in Todesbanden bears the hallmark of genius. The chorale cantata, written for his application as organist in Mühlhausen, is described as Bach’s first-known attempt at painting narrative in music. Orlando Chamber Choir joins forces with five outstanding soloists and the International Baroque Players to perform these exciting and innovative young composers’ works. 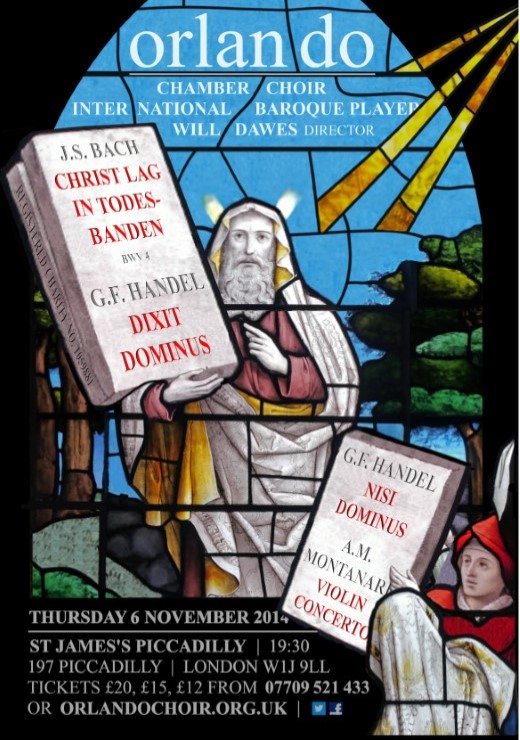