Orlando Chamber Choir and Orchestra, directed by James Weeks, join forces with four outstanding soloists for an evening of Bach music. Central to the programme is one of Bach's lesser-known short masses, the Advent Mass, probably written for High Feasts at St Thomas' in Leipzig - although the Latin texts suggest it may have been a Catholic commission. Three of Bach's masterful cantatas, originally written for the choir of St Thomas', will also be revived at St James's Piccadilly. The authorship of the opening work, the joyous motet Lobet den Herrn, alle Heiden, is still disputed among scholars - it is excitingly virtuoso even to Bach's standards... 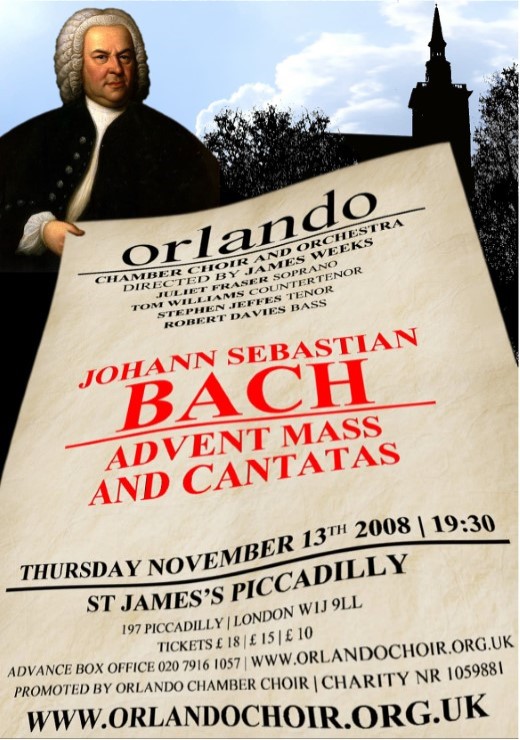